The competition, run in conjunction with the Association of Professional Landscapers (APL) and sponsored by Marshalls, saw Jacob Botting and his teammate, Laurence Senior, from Bespoke Outdoor Spaces, take on Dan McGeoghegan and Ryan Bell from The Plants & Paving Company, to build a Show Garden at BBC Gardeners’ World Live event, at The NEC in Birmingham. 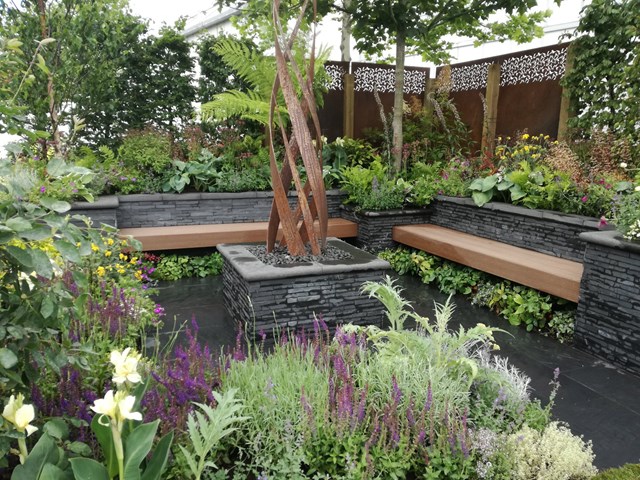 The aim of the competition was to create a challenging Show Garden packed with an array of landscaping elements, to show off a variety of skills to the very best of their ability. The inaugural event was also a platform to promote excellence in the landscaping industry and support up and coming landscapers, encouraging them to engage with high profile projects.

Ex-Myerscough learner Jacob and Laurence, won the competition with the creation, The Square Garden, picking up the Silver Merit Award. Dan and Ryan’s The Round Garden, earned the Silver Award. The two pairs of young landscapers created gardens designed by celebrity designer, Diarmuid Gavin. 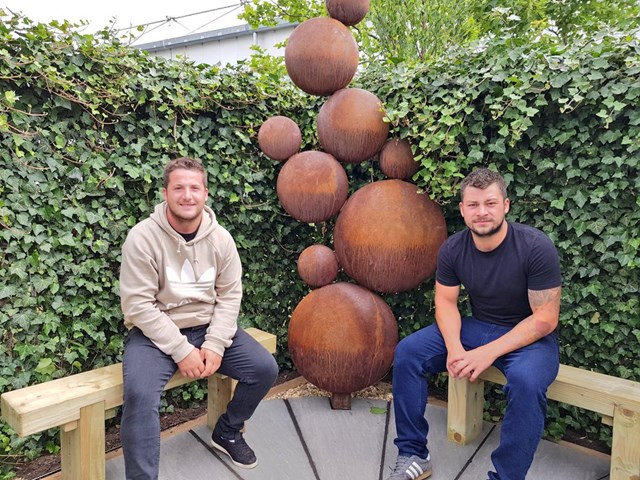 Recognised as some of the very best young landscaping talent in the country, and all aged under 28, they all displayed their high calibre skills in a tough competition, building Show Gardens packed with an array of landscaping elements.

Both Show Gardens were assessed by the BBC Gardeners’ World Live Show Garden Assessment Panel plus two dedicated judges from the WorldSkills Assessment Panel, before being put on display for the thousands of visitors at the event to see.

The BBC Gardeners’ World Live Young Landscapers Award is made possible through the support of top sponsors to present the competition – The APL, Marshalls, Landscape Skills Academy and JA Jones Nurseries. 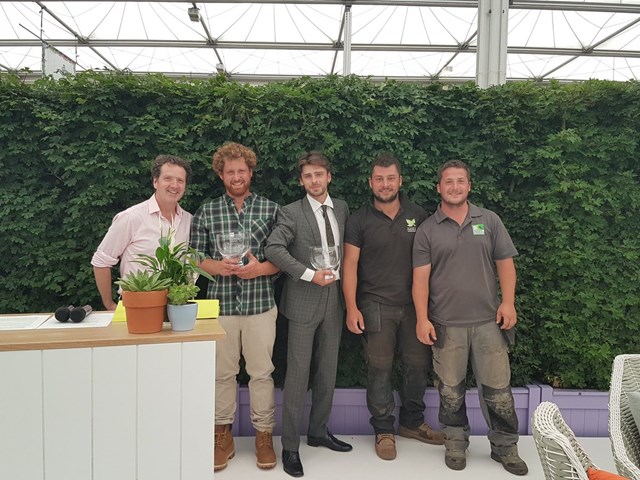 Jacob, Dan and Ryan have already been recognised as some of the county’s best young talent in the sector.

Jacob Botting was a Gold medal winner and named as the ‘Best in the UK’ in landscaping at the 2016 WorldSkills finals, while in the 2017 event Dan McGeoghegan won silver and Ryan Bell was Highly Commended for his work, all while undertaking their apprenticeships in horticulture with Myerscough College.

Phil Tremayne, Manager of The Association of Professional Landscapers, said: “We are proud to be supporting these gardens at BBC Gardeners’ World Live. There is a well-documented and growing skills shortage in the sector and it is great to be able to link the work we are already doing in organising the WorldSkills UK Landscape Gardening competition and delivering our very own APL apprenticeship.’’