Myerscough College learners dominate the shortlists for the 2019 Toro Student Greenkeeper of the Year. 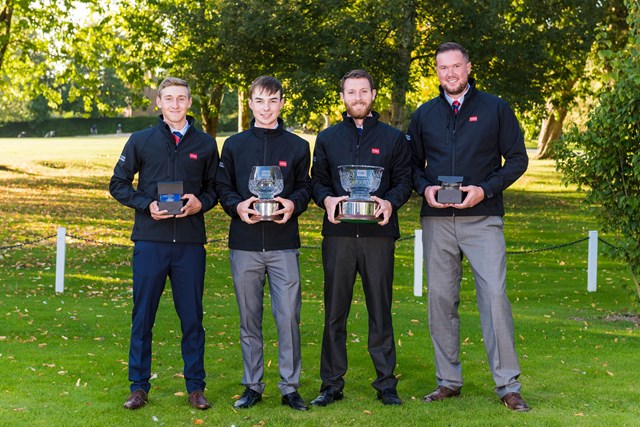 There are six Myerscough learners in the eleven finalists for the annual event, that celebrates the best student greenkeepers in the country, and they now go through to the final in September. All of the Myerscough finalists are studying either a Level 2 or Level 3 apprenticeship, at golf clubs across the country.

Thomas Bird, James Dawson, and Jason Norwood, are all on a seven person shortlist for the main Student Greenkeeper prize, while Tom Bromfield, Josh Marshall, and Sam Richards are three of the four names shortlisted for the Young Greenkeeper award.

The 31st hosting of the finals of the prestigious awards will take place at BIGGA House in North Yorkshire, following a nationwide search for the country’s leading student greenkeepers.

A record 46 students were nominated for the Toro Student Greenkeeper of the Year Award, with seven talented candidates making it through to the grand final, to be held on Monday 9th and Tuesday 10th September 2019.

Up for grabs will also be the fourth Toro Young Student Greenkeeper of the Year Award, which is only open to qualifying students under the age of 20 at the time they were nominated. 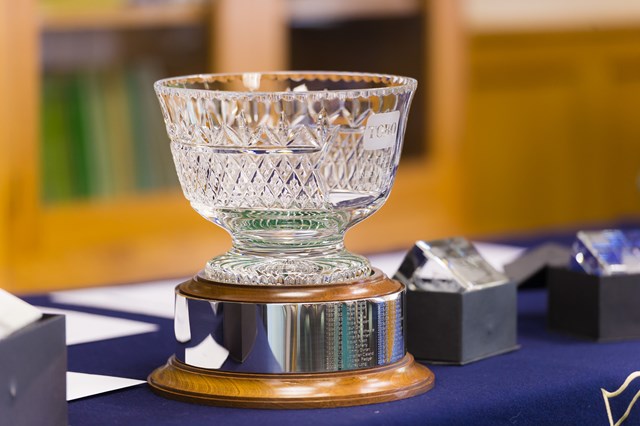 Each year the awards enable BIGGA, the UK’s only membership association for golf greenkeepers, to work alongside its Partners, the turf maintenance equipment manufacturer Toro and distributor Reesink Turfcare, to celebrate the next generation of talented greenkeepers who are dedicating themselves to a career within the industry.

The Toro Student Greenkeeper of the Year winner will receive an eight-week all expenses paid scholarship to America, including a six-week residential turf management study course at the University of Massachusetts, a trip to the Golf Industry Show in Orlando, Florida and a visit to Toro’s facilities.

The Toro Young Student Greenkeeper of the Year winner will receive a work experience placement at the exclusive Vidauban Golf Club in southern France. They will also receive a trip to Continue to Learn at BTME and enjoy a five-night package that includes hotel, four days of education, travel and £125 expenses, plus a Toro training voucher.

Myerscough College Employer Services Manager, Lee Price said: "We deliver apprenticeships and work-based greenkeeping qualifications to learners across the country and it’s amazing to see the progression and achievements of our students.

'’We are extremely proud to be so well represented again in this year’s finals and wish everyone the very best of luck with the competition."

Stuart Green, head of member learning at BIGGA, said: “At a time when golf clubs are finding it increasingly difficult to attract the next generation of greenkeepers in to the profession, I’m delighted that we had more nominations than ever before for the Toro Student Greenkeeper of the Year Awards. The extremely high standard of candidates that we interviewed reinforced what a fantastic and rewarding profession this can be.

“I was once again astounded by the enthusiasm and knowledge for the industry shown by the candidates and it’s clear that the future of the industry is in safe hands.

“My thanks go to Toro and Reesink Turfcare in their continued support and thanks go to everyone who took part this year.”

David Cole, Reesink Turfcare managing director and award sponsor, said: “In 2019 we are celebrating Toro’s centennial milestone serving the golf industry and that gives me pause to reflect on the current ‘state of greenkeeping’ and in particular the longevity of The Toro Student Greenkeeper Awards.

‘’From what I see and hear from this year’s crop of participants and finalists, the future is bright. This is evidenced not only by a focused mind-set and commitment to learn from so many early on in their working life, but also by increasing numbers of students who have made significant career changes later in their working life. Both are committing and investing wholeheartedly in their greenkeeping futures.”

BIGGA is dedicated to the continuing professional development of its members, and in serving their needs will strive through education and training for standards of excellence in golf course management throughout the greenkeeping profession.