Myerscough College’s floristry department has been named the best in the country at the industry’s annual national awards ceremony. 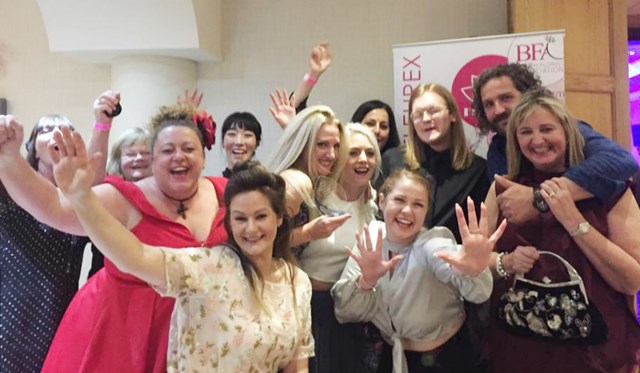 The College was named as Training Provider of the Year at the British Florist Association (BFA) Awards, in a ceremony that recognises and celebrates the best that the industry has to offer. It’s the second time in three years that Myerscough has won the accolade, after also winning in 2015. Myerscough was named runner-up last year.

The British Florist Association is the official voice of the UK floristry industry and the only trade organisation in the industry to be formally recognised as such, meaning that the annual awards are truly representative of the cream of the industry.

In total Myerscough College’s floristry department received an amazing 13 nominations in the 2017 BFA Industry Awards. As well as winning Training Provider of the Year, four staff members and eight students were also named finalists in the categories of Floristry Tutor and Floristry Student of the Year respectively.

Sam Cook, who lectures in floristry at Myerscough, attended the awards and said: “We all work so hard to provide the best possible training for our students, so it’s nice to be recognised for all the time and hard work we put in.

‘’As a provider of education and training for the floristry industry, winning an award when up against such stiff competition really is a coup for us.

‘’It’s been another successful academic year for the floristry department, with activity including the staging of several major exhibitions showcasing the work of Myerscough College floristry degree students, all of which were a huge success, and a recent graduate was been crowned the 2017 RHS Chelsea Florist of the Year, while a current student won silver.

‘’With the new term well underway, the department is already working hard on this year’s events and future successes.’’

Myerscough College’s floristry provision has been recognised as sector-leading for a long time, with a strong student offer allowing learners the pathway into a successful career in the profession. This offer has led to a host of industry awards and nominations over the last few years alone. The College was the first in the country to offer higher education level online study and also regularly attracts some of the industry’s biggest names to work closely with students.

Myerscough College runs floral design courses at further and higher education level, with a range of full and part-time options available. The College also leads the way in offering innovative study methods, such as an Online Foundation Degree in Commercial Floral Design, which enables students to achieve a vocational based Higher Education qualification through part-time study.