A Myerscough College motorsport student is preparing for his biggest racing challenge to date – the Ginetta GT5. 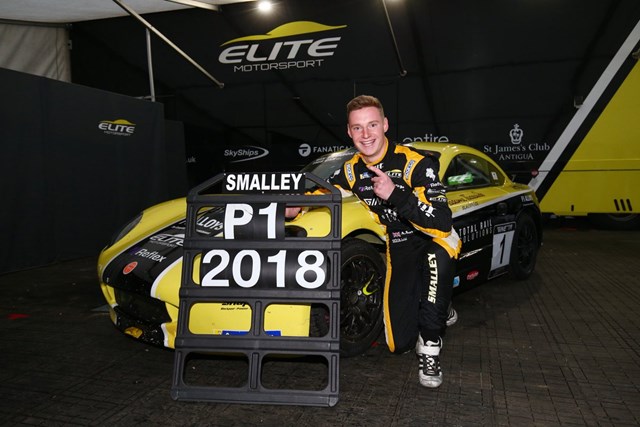 Adam Smalley won the Ginetta Junior Championship last year, and is now one of two drivers selected by the Elite Motorsport team to represent them in the Ginetta GT5 Challenge, a prestigious one-make race series, in which all competitors drive the same model of Ginetta car.

The series begins at Oulton Park over the Easter weekend, and includes races at Silverstone, Thruxton, Donington Park and Snetterton, as well as Zandvoort in the Netherlands.

18-year-old Adam, from Poulton-le-Fylde, said: “I’m really looking forward to this season and the new challenges ahead.

“I’m delighted to have the chance to stay in the Ginetta family and to continue racing with my championship-winning team Elite Motorsport.

“We made the decision to enter Ginetta GT5 Challenge quite late, but I’m confident I can get enough testing under my belt to challenge for the championship.

‘Thanks to my sponsors - Dan Morley Snap On, Madame Tussauds Blackpool, North West Laptops and JD Fencing and Paving.”

Adam is a talented young driver, who racing started in 2011, moving through the junior carting ranks initially before competing in the Junior Rotax European Championship, and winning a Ginetta Junior Scholarship and a funded season in the Ginetta Junior Championship in 2017, winning the title a year later.

The Ginetta GT5 Challenge is one of the largest of its kind in the country, where all drivers enjoy ultra-competitive single-make motorsport. Suitable for all ages and levels of race experience, the Ginetta GT5 Challenge is widely known as the breeding ground for future professional drivers.  All the cars use a Ford 1.8 litre four cylinder Zetec engine, with a top speed of 130mph.

Packed grids and close racing makes the Ginetta GT5 Challenge a popular entry-level championship for many aspiring GT racers. In 2019, the series will join the British GT Championship at four meetings and make two outings on the British Touring Car Championship support bill.

You can keep up with Adam’s progress HERE

For details of the full range of motorsport study programmes at both further and higher education level available at Myerscough College and University Centre, CLICK HERE