Myerscough College’s golfers can look forward to a big year packed with activities to compliment their study programmes. 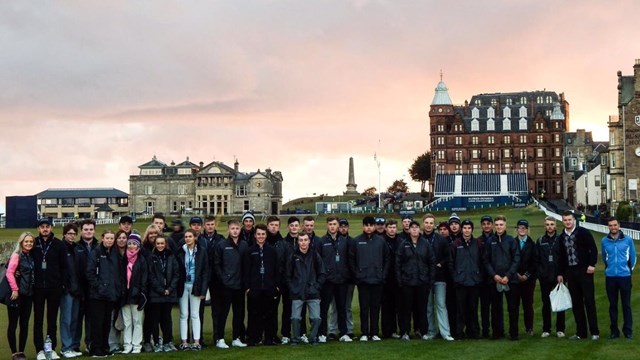 A group of students from both further and higher education recently travelled up to St Andrews to work at the European Tour’s Alfred Dunhill Links Championship. The tournament, which is very popular with celebrities and has become one of the European Tour’s most well-known events, and is played over four days at three of the most famous golf courses in the world - Carnoustie, Kingsbarns and St Andrews.

The students performed a number of duties during the week, gaining valuable work experience in the golf industry while at the same time getting the chance to get up close and personal with some of European Tour’s best players.

Meanwhile, the students have already taken part in their first tour event of the year, playing at Knott End Golf Club. Despite the poor conditions, there was some great golf on display in both the Collegiate and Prospects tours with one student, Will Capstick, even getting a hole in one. Things got even better for Will as he went on to shoot a great nett score of 3 under par 66 off his 9 handicap to top the Prospects Tour.

It was a different Will who took the spoils in the Collegiate Tour with Will Bradley shooting a fine 1 under par 68 gross.

Both Will’s will be receiving prizes supplied by Callaway – this year’s sponsors.

Myerscough are also once again hoping to replicate their recent successes on the Intercollegiate Tour. The ICT sees institutions across the UK compete against one another over the course of the academic year. Last year Myerscough had a great season reaching the ICT National finals at Southport and Ainsdale and winning the AoC championship at St Andrews.

There will be two teams of six, an ‘A’ and a ‘B’ team representing Myerscough at each ICT event in a league which includes the Lee Westwood Golf Academy and Liverpool Elite.

At the end of the month, a party of further education staff and students will be travelling to Turkey for the Turkish Airlines Open. The trip is another great opportunity for the students to get behind the ropes at one of the European Tour’s biggest events. Big names including Rory McIlroy are confirmed to be playing, making it a great week for all involved. 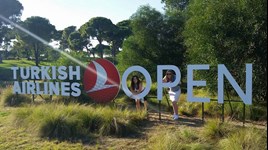 In addition to the host of opportunities provided to golf students by Myerscough College, the department would also like to welcome PGA Professional Dave Corsby who joins the coaching team. An ex Myerscough College student, Dave brings with him a great wealth of experience to the role. As an amateur Dave competed in some of the world’s biggest amateur competitions, including in 2009 when he won the West of Ireland amateur championship defeating PGA and European tour player Shane Lowry in the final.

For details of study programmes in golf available at both further and higher education level, click here: http://www.myerscough.ac.uk/courses/golf/