The season usually lasts approximately between early February and April, and involves Myerscough agriculture staff working around the clock to deliver around two thousand newborn lambs every year.

The lambing process begins back in early autumn, when the rams are put out with the ewes for breeding. Rams are sometimes called ‘tups, and mating is often referred to as ‘tupping’. Sheep carry lambs for around 145 days. During pregnancy, ewes have a scan to check progress and establish their probable due dates.

After scanning, ewes are usually split into groups according to how many lambs they are carrying. This allows the farm to make sure the ewes are managed correctly through the process in terms of their feeding and ongoing care.

Ewes can be lambed indoors or outdoors, depending on their breed, with Myerscough lambs generally born indoors. March and April are peak lambing time in the UK, making these next few weeks a very busy time down on the farm. When a lamb is born, the sheep is left to nurse it in order to establish a bond. After birth, the ewe and her lambs are then placed in a small pen to help with the bonding process. 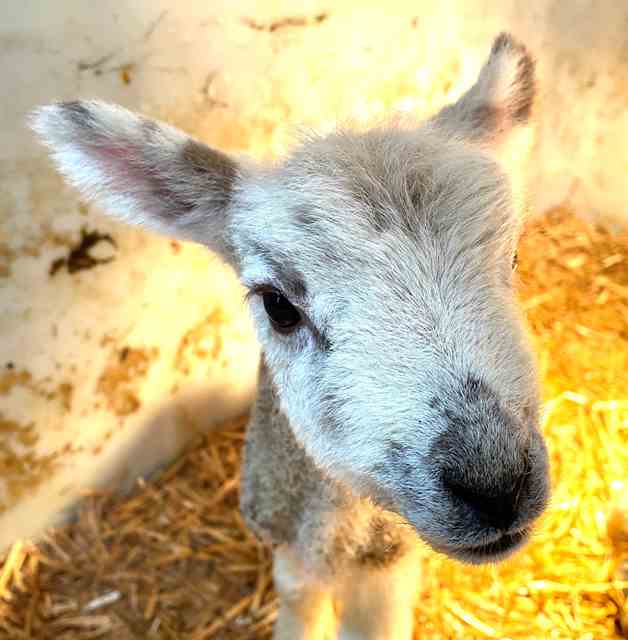 New born lambs receive colostrum from their mother in order to help them avoid disease, and then the animals are usually ‘turned out’ into the fields within a day or so after birth. Lambs weigh roughly 2.5kg when they are born and grow very quickly, with some ready for market in just a few months.