Two Myerscough College students have been recognised amongst the best junior basketball players in the country, as they took part in a national showcase of British talent.

The Hoopsfix All Star Classic returned at the weekend. The event is organised by British basketball website Hoopsfix.com and took place at Battersea Sports Centre in London.

Great Osobor and Franklin Agu were on the Team Black roster for the Class of 2021 U19s game, where they beat Team White 115-70, with Great being named as Most Valuable Player (MVP). 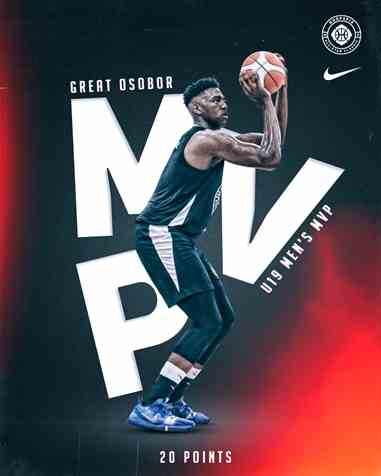 The Hoopsfix All-Star Classic returned for its sixth edition, to showcase the top junior talent in British basketball, after being cancelled in 2020 due to the coronavirus pandemic.

The event was live streamed across Hoopsfix’s social platforms and website, where you rewatch the action in full, or search #HASC21 across social media.

The event is organised by the Hoopsfix Foundation, the not-for-profit arm of Hoopsfix.com, with any profits being ploughed back into the growth and development of the British game.