It is with great sadness that Myerscough College has learned the news that recent animal studies graduate, Jayne Lowry, has passed away.

Jayne was a Myerscough College animal studies student for many years, and was a true success story of the department. She began her studies with a 14-16 course, before progressing onto a Level 3 BTEC Diploma in Animal Management, and finally into higher education, graduating with a BSc (Hons) in Animal Behaviour and Welfare in 2016. 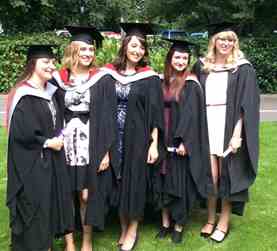 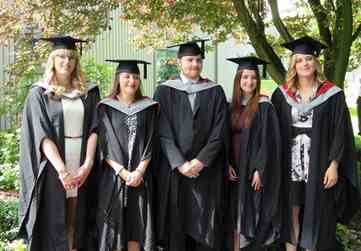 Above: Jayne on her graduation in 2016

Jayne, who had just celebrated her 26th birthday, went on to become an animal care assistant for the RSPCA in Preston.

Jayne tragically passed away on Sunday after suffering a cardiac arrest.

Myerscough College would like to extend our heartfelt condolences to Jayne’s family, boyfriend, friends and colleagues. Jayne was an amazing, dedicated student, who made so many friends over her years at Myerscough. We were so proud when she completed her degree programme, allowing her to secure a dream job in the animal sector. 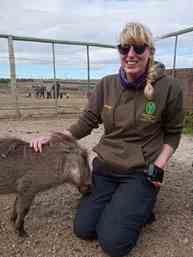 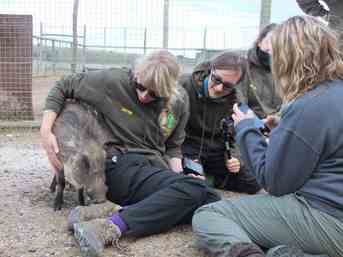 Above: Jayne working on a conservation project in South Africa as part of her degree programme

Once everything returns to normal and the College fully reopens, we plan on creating a lasting tribute in Jayne's memory on campus.

Kirsty Aspinall, Assistant Head HE Animal Studies at Myerscough, said: ‘’Jayne studied at Myerscough for more than six years and as an intelligent, funny, calm and sensitive soul, she built an extensive group of friends around her.

‘’Jayne was a joy to teach and worked hard to meet her deadlines, studied hard whilst maintaining a good, solid friendship ground around her of which all are still close friends today.

‘’Jayne had a keen interest in the wider world and in questioning perceptions of people which formed the focus of her final year Research Project entitled ‘#Welfare: Exploring the relationship between Social Media and Animal Research Perceptions’. With her inquisitive yet balanced nature, Jayne explored people’s perceptions of the use of animals in scientific research attempting to provide a non-biased viewpoint which is usually presented in the media.’’ 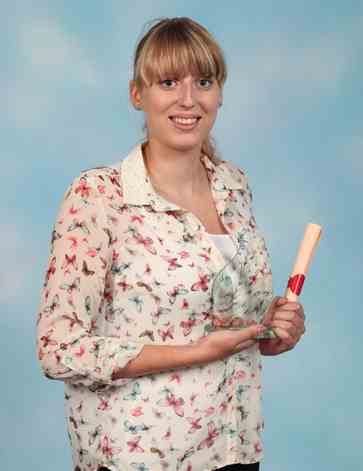 Louise Bell, Senior Lecturer Animal Studies, added: ‘’Jayne and her close friends attended the annual Animal Studies trip to South Africa in 2016, which involved exploring practical conservation and volunteering to build a ‘recycling wall’ in the community to promote nature conservation and the importance of recycling.

‘’Jayne was a nature enthusiast and had a keen passion for protecting species and ensuring the welfare of all animal in her care, at Myerscough and in her graduate job at the RSPCA. 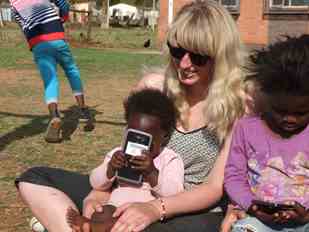 ‘’When we return to College, we are hoping to collect food for the local RSPCA shelter where Jayne worked and will be planting a tree on campus for her. Jayne will be a great loss to the animal welfare community.’’

If you would like to support or donate to the Preston branch of RSPCA in her memory, you can do so HERE