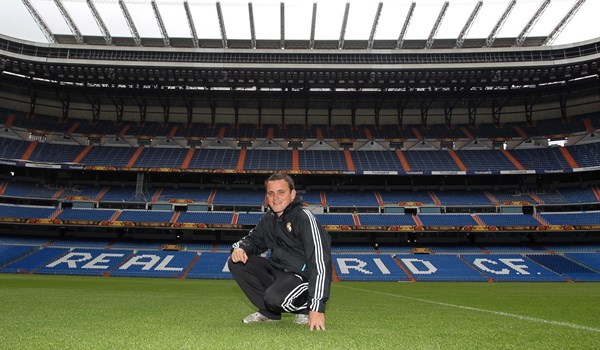 Seasider's apprentice to the Santiago Bernabeu

Former Myerscough Sports turf apprentice Paul Burgess is living the life as a ‘Galáctico’ in his job as Director of Grounds and Environment for Spanish football giants Real Madrid.

Paul joined Blackpool Football Club as an apprentice groundsman after leaving school. He immediately started his three-year course at Myerscough in 1994, during which time he successfully applied for the assistant groundsman post at Arsenal.

He then continued his studies on a pioneering distance-learning programme provided by tutors at Myerscough. Paul acknowledges that the practical experience he gained, alongside his qualifications and references from his tutors, helped launch his meteoric professional career.

Considered by many in the profession to be the best at what he does, Paul swiftly progressed to Arsenal’s head groundsman in 2000 and introduced new technologies and management systems to ensure the state of the art playing surface was top-notch. He also oversaw all aspects of design and construction of the club’s new Emirates Stadium ground.

In addition to this, he acted as an advisor to UEFA for the 2004 and 2008 European Championships before he was headhunted by Real Madrid in 2009 and asked to rescue their pitch at the Bernabeu Stadium.

His dedication and commitment have led to him winning five Premier League Groundsman of the Year and Institute of Groundsman/Turf Professional Awards.

“I’m very lucky to have had the opportunity to study at such a fantastic college. It’s no coincidence that so many top venues around the world feature groundsmen who have trained at Myerscough College. The facilities, the quality of the teaching and the support they give is second to none.”

Location
Employer's workplace
Course length
12 Months
Fees
The cost of the apprenticeship programme depends on the age of the apprentice & size of the employer (no. of staff). Please contact us for more information.
Start date
Throughout the Year

There are fantastic opportunities both in the UK and overseas for people who are trained and qualified in sportsturf. Careers exist at all levels, from assistant groundspersons and greenkeepers to managers of international sports facilities such as Premier League Football Clubs and the major elite Golf Courses. Our courses will equip you with the skills that are necessary to build, maintain and manage quality turf surfaces to a high standard.

Students learn the science behind how grasses grow, as well as soils, drainage and a wide range of maintenance practices. You will gain an understanding of the demands of sport and what players need or expect from turf surfaces. You will be taught how to provide these conditions all year round and in all weather conditions.

Myerscough College enjoys a fantastic reputation across the UK and Europe as one of the leading providers of sportsturf education. Ex-students from the programmes can be found at some of the top sporting venues across the country including Wimbledon, the Santiago Bernabeu in Madrid and St Andrews.

A World of Opportunity

There are fantastic opportunities throughout the world for people who have  training and qualifications in sportsturf. All our course equip you with the skills, knowledge and experience to progress to either the next level of education, or a career within the industry.

Why study an Apprenticeship?

Everything you need to know about taking on an Apprentice with Myerscough College as well as the benefits and support available.

Don't just take our word for it, meet a selection of our Apprentices and hear what they have to say about an Apprenticeship with Myerscough College. 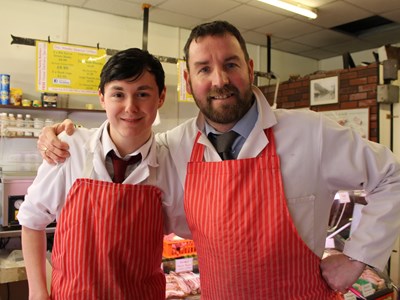 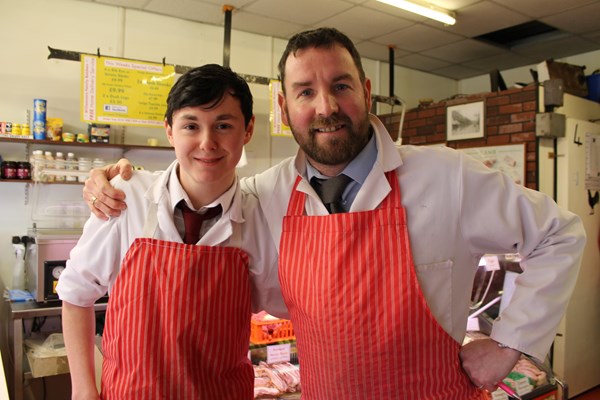 Traineeships offer the chance to develop your skills and experience in order to enhance your chances of progression to an Apprenticeship, college course or employment. 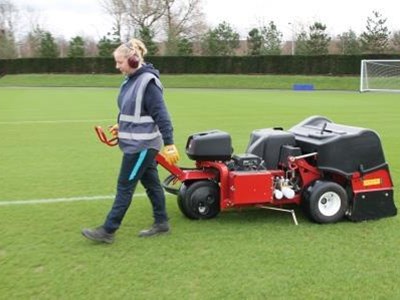 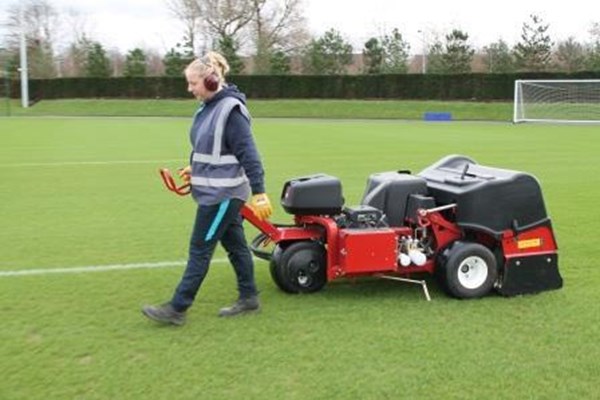 For more information about Apprenticeship at Myerscough College, download our handy guide.