A former Myerscough College foundation learning student is set for his dream career in the zoo industry after completing a remarkable academic journey. 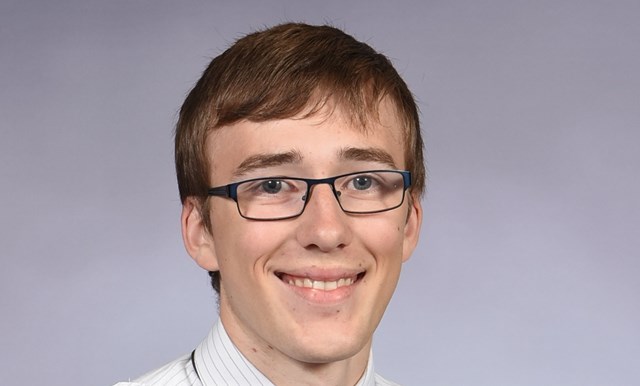 Jakob Borgen has been a Myerscough College learner for five years, and started his journey in 2014, on an Entry Level 2 Award in Animal Care, within the College’s foundation learning department. Now, he has completed a Level 3 Advanced Technical Extended Diploma in Animal Management & Science. His time at Myerscough has not only given him the springboard for his future career prospects, but also given him the personal and social skills he’ll need to succeed.

During Jakob’s first year he struggled to integrate and without the perseverance of the foundation learning teaching staff and the College’s Inclusive Learning Advisors, he would have found it difficult to progress.

19-year-old Jakob had a passion for reptiles and this was used as the catalyst to developing both his learning and his potential. Eventually through the support of his family, he was able to complete his qualification and clearly his undoubted academic ability was identified and he was encouraged to move into ‘mainstream’ and follow a Level 1 LBS Diploma in Animal Care. His support needs continued to be catered for through his transition and this enabled him to make the move he clearly deserved.

The Diploma brought all the added extra pressures that such a study programme brings in terms of enrichment, personal and course tutorials, plus maths and English. Jakob not only passed his Diploma but also his Level 1 Functional Skills in maths and English, which repaid the faith that staff in both Foundation Learning and Animal Studies had in encouraging his progression.

At this point Jakob started to develop much stronger and meaningful friendships, which were to last for the rest of his time at Myerscough College.

Jakob’s search for knowledge started to increase as his capacity to learn also started to accelerate and there is no doubt this is due to the ideal and appropriate learning environment that Myerscough College provides both academically, vocationally and particularly more significantly pastorally.

In 2016, Jakob moved onto the Level 2 Diploma in Animal Care as well as studying for his GCSE English and maths. Again he was successful in all areas passing his Diploma with flying colours and impressively getting a D in his maths and a 4 in his English language. This gave Jakob the necessary entry requirements and the confidence to progress onto a Level 3 C&G Advanced Technical Certificate (360) in Animal Management.

Jakob adapted well to the new technical element of the new qualifications and his determination to expand his knowledge allowed him to succeed again, completing the course and also improving his maths GCSE grade.

In the last academic year, Jakob progressed to the Extended Diploma course, and was again successful – completing all elements, including far more scientific and technical aspects.

Barry Sherriff is Head of Foundation Learning at Myerscough College and said: ‘’Jakob is a shining example of what can be achieved if you are determined and develop the skills necessary to progress. Jakob should act as a ‘role model’ to all those students who apply for Level 1 and Level 2 programmes but for one reason or another do not meet the entry requirements and therefore need to do a foundation course.

‘’Jakob’s academic journey is impressive and it is matched by his personal and social development meaning that he now finds himself in a position where he has a choice of moving onto degree level study, or following his dream to work in a zoo.

‘’We wish him well and it is a compliment to everyone involved, not least his mum, who has also volunteered as an ILA and then became an ILA, and is now following in Jakob’s shadow by training to become a teacher. They are a remarkable family and this is a real success story for Myerscough College.’’

Jakob adds: ‘’Each year has had its own set of challenges but Myerscough has helped me face them, and because of that, it has changed me as a person. I went from a quiet, timid lad, needing one-to-one support, to a confident, social and independent one.

‘’There have been many achievements throughout the last five years that I won’t forget in a hurry.

‘’I would like to give everybody at Myerscough College a really big thank you. My tutors, and of course the Inclusive Learning team, who have always been there when I needed them through my Myerscough journey, and I couldn’t have done it without them. Thanks also to the technicians, catering staff and IT teams.

‘’Thanks to my family for their amazing support and my Myerscough friends for their moral support and friendship during my time here.

‘’I will certainly miss Myerscough but I feel that I’m ready to move on to the next steps of my life as I continue to pursue a career in the zoo industry. Myerscough College has prepared me for this like nowhere else could have done.’’