A former Myerscough College student is in charge of the Olympic golf course in Rio, as the sport returns to the Games after an absence of 112 years. 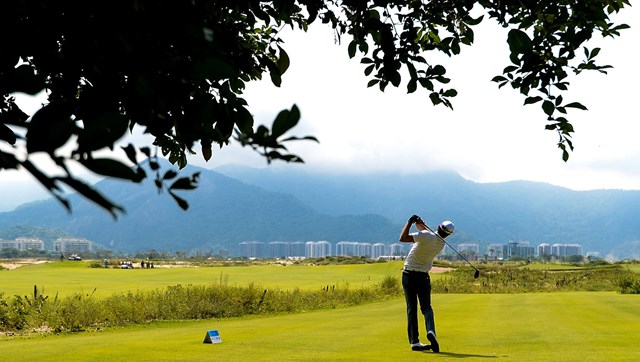 Golf hasn’t been contested at the Olympics since 1904, but the games this summer will see the best in the world compete for medals on a course managed by Neil Cleverly. Neil learned his craft with Myerscough in the late 1990s, joining the College as a mature student following 15 years in the armed forces. He graduated with a degree in Turf Grass Science in 2001 and went on to embark in a highly successful career in the sportsturf industry, working on golf courses in America, Mexico, Europe, Egypt and the Caribbean.

Fifteen years later and Neil now has the honour of being the superintendent for the 2016 Olympic course in Rio de Janeiro, Brazil, preparing the greens and fairways for the world's finest players. The course has been built to the west of the city on the site of a former nature reserve.

Rio already has two private courses, but neither was deemed suitable for the Games by the world golf authorities, so a brand new course has been built at a cost of around £14 million. The course is said to be of a ‘links style’ and is described as ‘exciting and challenging’.

Neil said: ‘’Golf not being in the Olympics for 100-odd years is a big deal. No matter what, we will present a golf course that will be worthy of 112 years of missed golf.

"It favours the short game. It's going to be a challenging last three holes - but every single hole has got a different measure of difficulty. There's going to be some players who will shoot horrible numbers.

"Anyone who plays on the British shores will have got an advantage. The course will benefit a good short game player. You're going to have to bring a different bag of clubs to play this golf course.

Following the Olympics, the course will become a public facility. Neil adds: ‘’The great legacy of this golf course is that post Olympics, it belongs to the city.

‘’It would be a crying shame if the legacy of this golf course gets to the point where the Olympic Games are played on it successfully but (the course) goes to rack and ruin. If that happens, a lot of hard work would be wasted. I think it would be harmful for the country, definitely harmful for golf.’’

"If we can teach the game to the juniors in Rio, then that would be my goal. This is what I want from this. There is no point in just putting a course there and then after the Games it goes to nothing.

"We want to produce a legacy for the juniors. If we can produce a Brazilian junior in 20 years and he becomes a champion then I'll have succeeded.’’