At the end of National Apprenticeship Week, we look back an amazing year for Myerscough College’s apprentices and work-based learners, as they continue to earn national recognition for the quality of their work.

The College’s work-based team continues to work tirelessly across a number of sectors, with employers and apprentices spanning the length and breadth of the country.

Every year BIGGA (The British and International Golf Greenkeepers' Association) put the best students in the country through their paces in their Student Greenkeeper of the Year competition. 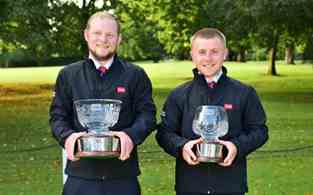 Two Myerscough College apprentices were named the best student greenkeepers in the country after they both scooped a prestigious national industry award.

Jason Norwood has been named winner of the 2019 Toro Student Greenkeeper of the Year, while Tom Bromfield has won the Young Student Greenkeeper of the Year accolade. Both Jason and Tom are studying apprenticeships in Work-based Horticulture (Sportsturf/Greenkeeping) with Myerscough College. Jason works at Rudding Park Golf Club in Harrogate, while Tom is based at Trentham Golf Club.

The Toro Student Greenkeeper of the Year Awards is a nationwide contest hosted by greenkeepers’ association BIGGA. Each year, a selection of the best student greenkeepers, complete a variety of tasks. Both impressed the judges with their knowledge and passion for the profession.

Two Myerscough College learners have been honoured with a national accolade at the prestigious Institute of Groundsmanship (IOG) Industry Awards. 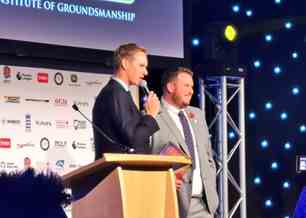 Callum Allsop was named the Toro Most Promising Sports Turf Student of the Year, at a ceremony as part of the annual national sportsturf exhibition, Saltex, at the NEC in Birmingham. Callum is currently on an apprenticeship in Work-based Horticulture-Sportsturf, and works in the Premier League with Leicester City FC.

The Institute of Groundsmanship (IOG) Industry Awards are now in their 11th year and acknowledge the passion, dedication and challenges faced by grounds staff, volunteers and professionals across all levels of sport.

A Myerscough College landscaping apprentice was recognised for his ‘world class standard’ of work at WorldSkills 2019 in Kazan, Russia. 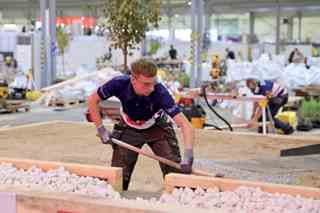 Sam Taylor was named as being among the UK’s best and brightest young skilled apprentices and students after being selected to represent Team UK at the ‘Skills Olympics’, a global event that saw more than sixty countries send elite teams to the Tatarstan Capital, 800 km east of Moscow - to do battle and go for bronze, silver and gold.

Sam was awarded a Medallion of Excellence, in recognition of his workmanship being of international class.

A Myerscough College farriery student was recognised for the quality of his work on a national level during the industry’s registration ceremony. 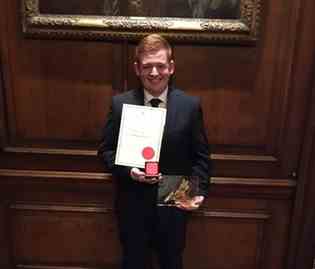 The Worshipful Company of Farriers and the Farriers Registration Council recently presented diplomas to newly qualified apprentices from across the country at a ceremony held at The Honourable Artillery Company, in London. Among them were a number of Myerscough students, who received their diplomas as part of the ‘passing out’ ceremony.

As part of the ceremony, specially selected students are given extra prizes for outstanding performance during their course, with Myerscough College’s Craig Taylor picking up all three awards on offer.

22-year-old Craig won both of the prizes available to all successful apprentices across the country, by gaining a Distinction grade in his overall exam result, and also picked up the prize for the highest mark in his exam paper.

Myerscough College deliver a wide range of work-based training, apprenticeships and degrees across the full spectrum of Horticultural disciplines. Whether you are a learner or employer, for more information please contact Employer Services on 01995 642255 or email employerenquiries@myerscough.ac.uk