It’s been an amazing year for Myerscough College’s apprentices and work-based learners, as they continue to earn national recognition for the quality of their work.

The College’s work-based team continues to work tirelessly across a number of sectors, with employers and apprentices spanning the length and breadth of the country.

Every year BIGGA (The British and International Golf Greenkeepers' Association) put the best students in the country through their paces in their Student Greenkeeper of the Year competition.

Two Myerscough College apprentices were named the best student greenkeepers in the country after they both scooped a prestigious national industry award. Daniel Ashelby & Danny Patten were the 2018 Student and Young Student Greenkeepers of the Year. Both Daniel and Danny are studying an Advanced Apprenticeship in Work-based Horticulture (Sportsturf/Greenkeeping) with Myerscough College.

The Toro Student Greenkeeper of the Year Awards is a nationwide contest hosted by greenkeepers’ association BIGGA. Each year, a selection of the best student greenkeepers, selected from regional interviews hosted across the country, descend upon BIGGA House, at Aldwark Manor in York, for the two-day finals of the event, where they complete a variety of tasks. Both impressed the judges with their knowledge and passion for the profession.

Myerscough College was once again represented at the 2018 IOG Industry Awards, with sportsturf learners past and present nominated in a number of categories.

The awards acknowledge the passion, dedication and challenges faced by grounds staff, volunteers and professionals across all levels of sport.

Among the nominees was Dan Sparks, shortlisted in the category of Rigby Taylor/Top Green Young Grounds Person of the Year. 26-year-old Dan, who is Head of Grounds at Bristol City’s Ashton Gate stadium, completed a Level 3 apprenticeship in Work-based Horticulture (Sportsturf), and in addition to his role is studying a foundation degree in sportsturf with Myerscough College, online. 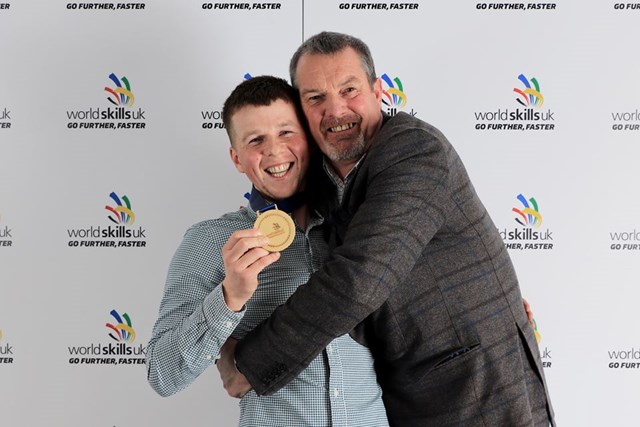 Two Myerscough College apprentices were named the best in the UK after winning gold and silver at the Association of Professional Landscapers (APL) WorldSkills UK finals.

Matthew Wood was crowned champion in landscaping at a prestigious award ceremony. The 2018 WorldSkills competition saw Matthew, a Level 3 Landscaping apprentice, who is undertaking his work-based learning at Helmrig in Preston, compete alongside the other finalists from across the country to be crowned the UK’s best young landscaper.

Meanwhile fellow apprentice Sam Gordon, from The Gardenmakers in Warwickshire, took home the Silver, to complete a 1-2 for Myerscough College, in a six-person national final, which was held at WorldSkills UK Live (formerly The Skills Show), at the NEC Birmingham. 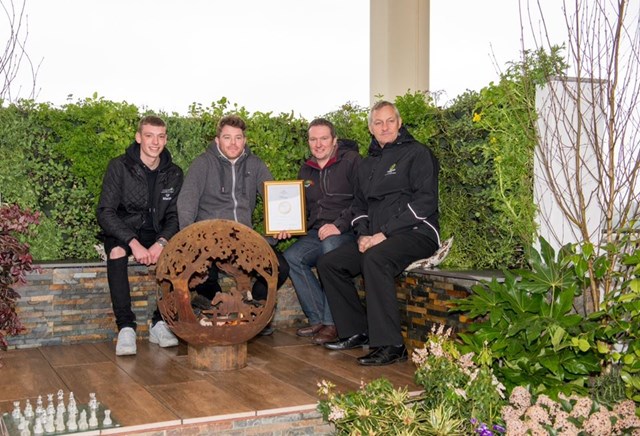 Myerscough College’s show garden, built by landscaping apprentices, was named as the People’s Choice at the prestigious Young Gardeners of the Year competition.

The annual competition is organised by TV gardener David Domoney, in association with The Prince’s Foundation for Building Community. The gardens were judged by an expert panel, which included horticultural industry leaders, home and garden magazine editors, and acclaimed garden designers and landscapers.

Myerscough’s Level 2 and Level 3 landscape apprentices were involved in the design and build of the ambitious project, which had a ‘Northern Soul’ theme. 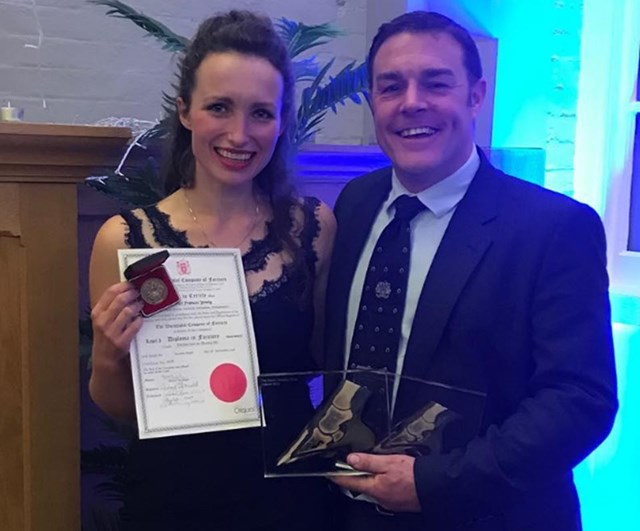 A Myerscough College farriery student was recognised for the quality of her work on a national level during the industry’s registration ceremony.

The Worshipful Company of Farriers and the Farriers Registration Council presented diplomas to newly qualified apprentices from across the country at a ceremony held at The Honourable Artillery Company, in London. In addition, a handful of specially selected students were given extra prizes for outstanding performance during their course, with Myerscough College’s Harriet Young picking up two awards. 25-year-old Harriet was named as having the Best Exam Practical and Best Theory Paper. 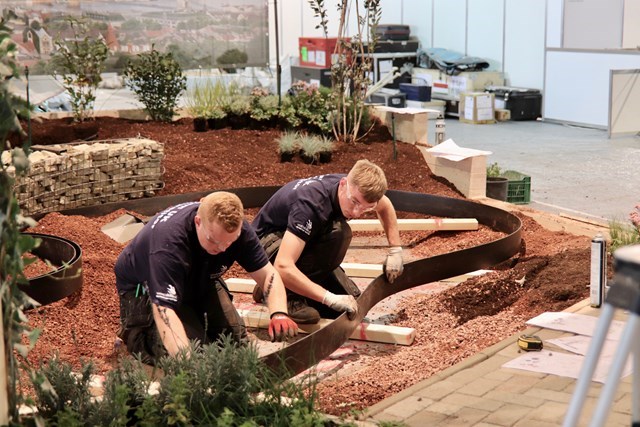 A Myerscough College apprentice was one of just 22 people in the UK chosen to compete at the EuroSkills event in Hungary, an international event to showcase the finest young skilled people in Europe.

Sam Taylor was only one of two people selected for the squad to compete in the Landscape Gardening category, with Team UK up against more than 500 other competitors from 27 other nations.

Known as the ‘Skills Olympics’, the WorldSkills Competition sees the world’s best apprentices and students battle it out to win Gold, Silver and Bronze in their chosen skill. 19-year-old Sam is now aiming for a place in Team UK for WorldSkills Kazan 2019.

Myerscough College deliver a wide range of work-based training, apprenticeships and degrees across the full spectrum of Horticultural disciplines. Whether you are a learner or employer, for more information please contact Employer Services on 01995 642255 or email employerenquiries@myerscough.ac.uk