Myerscough College’s basketballers are preparing to challenge for more silverware at the weekend as they play in a national cup final. 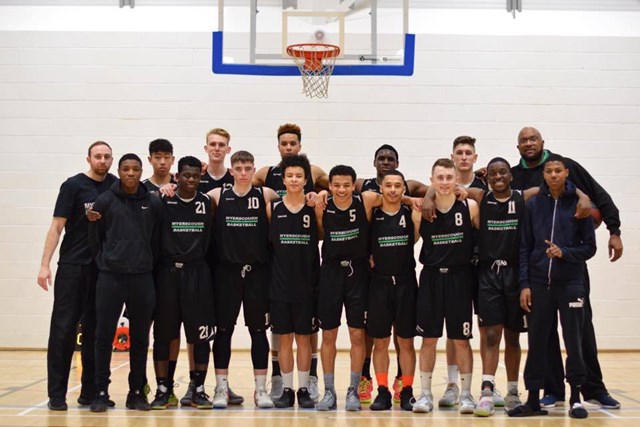 The Academy has made the final of the National Basketball League (NBL) U18 Men’s National Cup, with the final taking place this weekend.

128 sides entered from across the country, with Myerscough playing as Myerscough College Spinners as part of the educational partnership between the College’s Academy and Lancashire Spinners, who compete in the English Basketball League.

Myerscough has come through five tough rounds to get to the final – after away victories over Liverpool (119-56), Stoke-On-Trent Knights (79-70) and Manchester Magic (76-72), the team then came through a home quarter final against Team Birmingham Elite (88-65), before securing their place in the showpiece final with a 81-72 victory over Derby Trailblazers.

Myerscough now take on London Thunder Lewisham in the final on Sunday (February 18th), with the game taking place at the neutral venue of the University of Hertfordshire.

Since forming in September 2013, Myerscough College Basketball Academy has won a string of titles, including being the EABL Champions in 2015, AOC National Cup Champions and EABL West Conference Champions for three consecutive years between 2014 & 2016.