University Centre Myerscough students both past and present have been celebrated as being among the best in the country at the 2018 RHS Chelsea Flower Show. 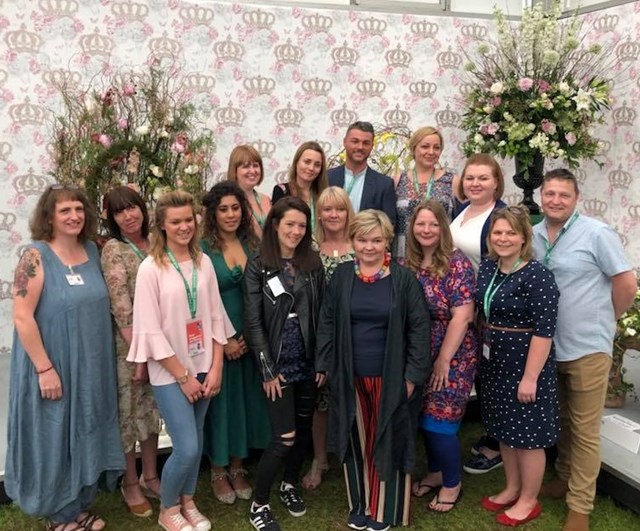 Both Joanne and Jacqueline won through national heats in March to be among the finalists taking part in the prestigious event in London, while Vicky, who now works with Neill Strain Floral Couture, based in Belgravia and at Harrods in London, qualified again to defend the title she won in 2017. 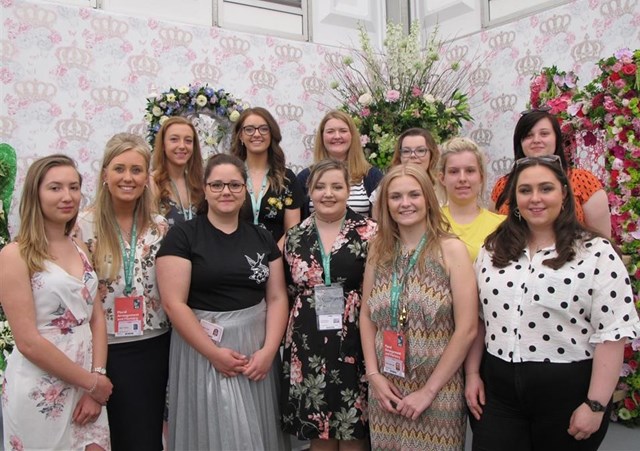 Jacqueline was awarded Bronze by the judges for her fantastic take on the design brief, to create a design with the floristry theme of 'Spring Wedding', with competitors in both categories asked to create a Floral Wedding Throne. At least two thirds of the finished design had to be fresh flowers and/or plant material, which had to be visually dominant.

Simply making it to the final is testament to the florists who are shortlisted.

The RHS Chelsea Florist and Young Florist of the Year Competitions are held each year at the world famous RHS Chelsea flower show, in partnership with the British Florist Association.

Each year the BFA embarks on a nationwide search on behalf of the RHS to find the finalists for this prestigious competition. Regional heats, including one at the facilities at Myerscough, are held across the UK for florists to compete against each other in the race for the RHS Florist of the Year title. 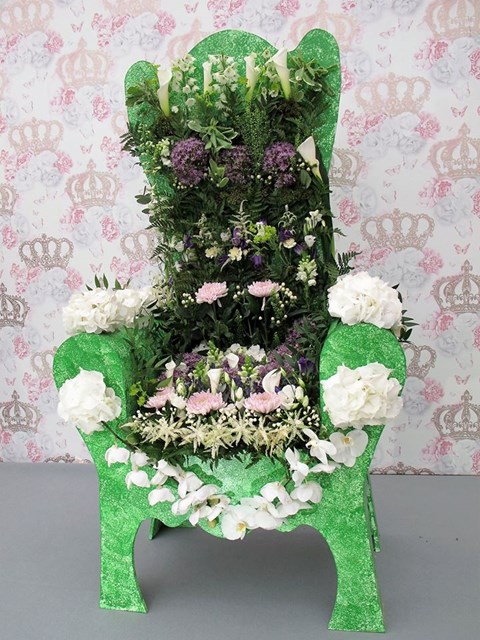 This year each competitor had a platform space of 1.6m by 1.6m where they could display their throne, which could be inspired by any style or colour but had to include material all from spring plants and flowers, testing the innovation and creativity of the country’s best competitive florists more than most.

The photographs show Joanne and Jacqueline’s designs at the 2018 RHS Chelsea Flower Show.