Three Myerscough College plant maintenance apprentices have received recognition for outstanding commitment to their work in a national ceremony.

The ‘Stars of The Future’ Awards is an annual event organised by the Construction Plant-Hire Association, in conjunction with training providers from across the country who offer plant maintenance courses. Nominees were assessed on their attitude and quality of work throughout the year, both at their college and in the workplace environment and there are separate prize schemes for Level 2 and Level 3 apprentices, at both regional and national level.

Myerscough College had two regional winners, while another learner picked up a special recognition award. 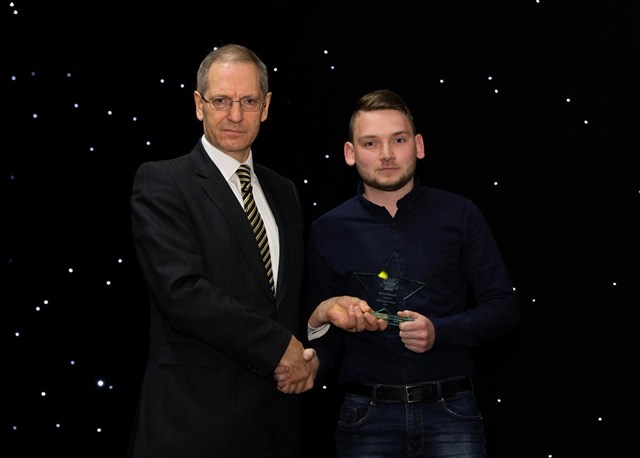 The Level 3 winner was Michael Barton (above), from Chippindale Plant. Michael won the Level 2 prize in 2018. Meanwhile, the 2019 Level 2 winner was Paul Talent from Riwal. Both Michael and Paul attend Myerscough College on block release from their employer during their apprenticeships.

This was the seventh consecutive year that the CPA - the UK’s leading trade association for the plant hire sector - has hosted the ceremony, which was held at the Heart of England Conference and Events Centre in Fillongley near Coventry. Traditionally, Stars of the Future has rewarded plant mechanic apprentices but the scope of the event was widened even further this year to also include awards categories for both construction plant operator and lifting technician apprentices and trainees.

Kevin Minton, Chief Executive of the CPA, said: “This was a landmark year for the event and it recognises the introduction of recently introduced plant-related Trailblazer apprenticeships for plant operators and lifting technicians. Just with the plant mechanic apprentice awards alone, around 700 plant mechanic apprentices from around the country will be eligible to enter Stars of the Future, representing companies across the UK from plant hire companies large and small.

“Stars of the Future is a brilliant event whereby we have the opportunity to acknowledge and congratulate some of the industry’s most promising apprentices and trainees, and it is very highly regarded by employers, the participating colleges and the individuals themselves.

‘’It has been fantastic to see the progress that some of the former national and regional winners have made in their careers since winning a CPA Stars of the Future award. Stars of the Future is one of a number of projects the CPA has initiated to support skills development.’’ 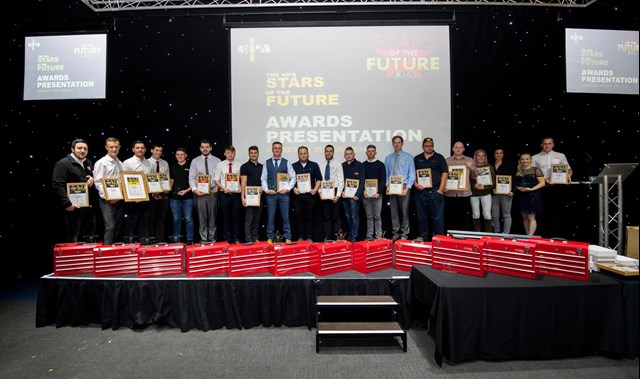 The awards are run in conjunction with UK colleges, offering plant mechanic apprentices training. Apprentices are assessed throughout the academic year on their work in college and in their work environment, and the enthusiasm and commitment they bring to learning. The awards are intended to recognise and reward outstanding apprentices who not only bring ability and commitment to their learning and their work, but also possess those extra capabilities which mark them out as being not only the foundations of the future of the industry, but also potentially its leaders - the Stars of the Future.