Two Myerscough College apprentices have been named the best in the UK after winning gold and silver at the Association of Professional Landscapers (APL) WorldSkills UK finals. 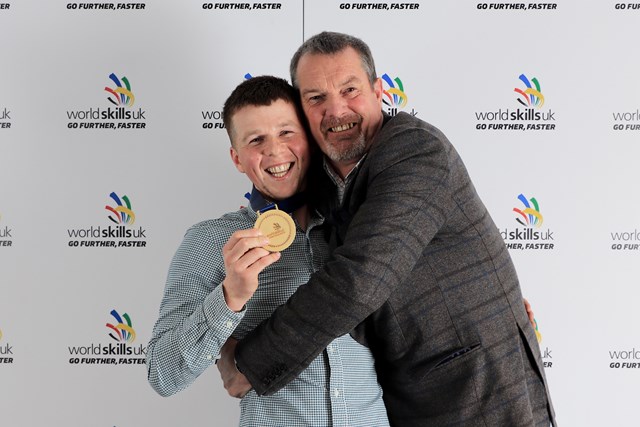 Matthew Wood was crowned champion in landscaping at a prestigious award ceremony over the weekend. The 2018 WorldSkills competition saw Matthew, a Level 3 Landscaping apprentice, who is undertaking his work-based learning at Helmrig in Preston, compete alongside the other finalists from across the country to be crowned the UK’s best young landscaper. 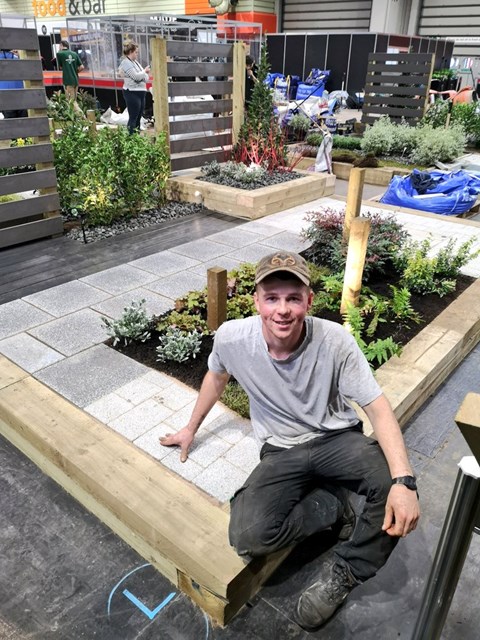 Meanwhile fellow apprentice Sam Gordon, from The Gardenmakers in Warwickshire, took home the Silver, to complete a 1-2 for Myerscough College, in a six-person national final, which was held at WorldSkills UK Live (formerly The Skills Show), at the NEC Birmingham. 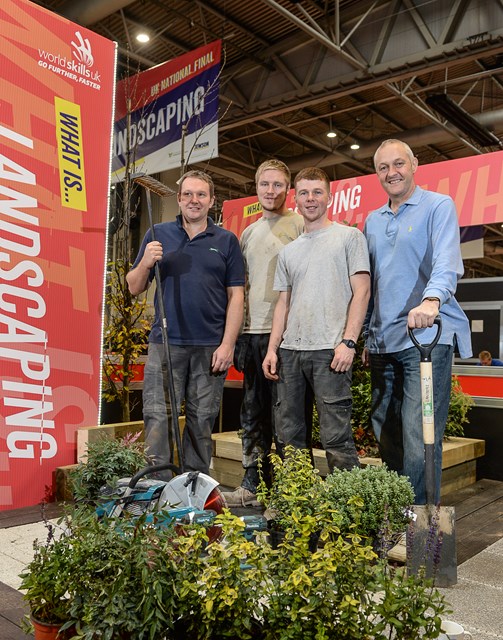 Matthew and Sam competed in front of more than 100,000 visitors over the three day event. The first of four days was a training and familiarisation day, then the competitors had sixteen hours to individually build a garden from scratch designed by head judge and APL General Manager, Phil Tremayne.

During the final competitors were marked on elements such as paving including recessed drain cover detail and block paving provided by Marshalls, decking and fencing using EcoDek composite decking, planting with plants provided by J A Jones, lighting provided by Landscapeplus, health and safety and the overall appearance of the garden. The final also included plant identification, created by North West based nurseries J A Jones, designed to test the competitors plant knowledge.

Matthew and Sam both made it through their semi-final back in August, where they had to take part in industry led training sessions, alongside building test pieces to showcase their skills, focussing on the latest developments and innovations in the industry. They were given tasks to complete including paving, decking, walling and plant identification, procurement and working to a client’s brief. The three day task was held at both Myerscough and J A Jones in Southport.

Matthew and Sam were also competing to be considered to represent the nation at WorldSkills, the largest international skills competition, in Austria in 2020, and Shanghai in 2021. WorldSkills UK Competitions, which are run in partnership with organisations from industry and education, are proven to help people go further, faster in their training and chosen career. 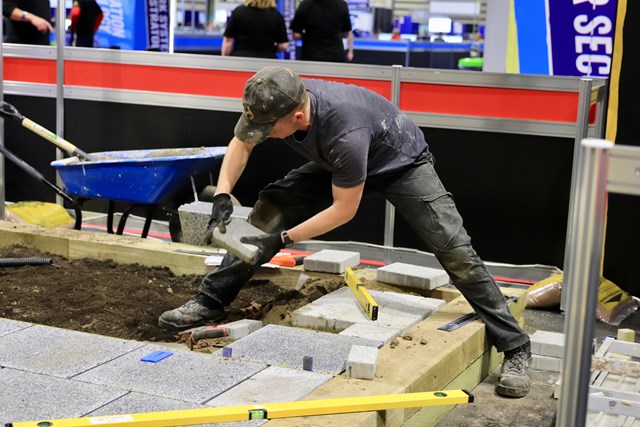 Employer Services Manager at Myerscough College, Lee Price, said: “To see Matthew receive his gold medal and Sam the silver is something everyone is extremely proud of. They have showed great dedication throughout the competition and are a great example to other learners on what can be achieved.’’

“The WorldSkills ethos and its values are at the heart of our Landscaping Apprenticeship scheme delivered in partnership with the APL. The scheme gives Apprentices the opportunity to work in a safe environment, and to enhance their core skills amongst their peers.’’

It’s the third year in a row that the College landscaping apprentices have had success in the competition, with Myerscough learners winning the coveted Gold medal in 2016, and Silver, Bronze and a Highly Commended in 2017.

The National Finals of the WorldSkills UK competitions saw more than 500 competitors battle it out in 70 different disciplines, in a bid to be the very best in the country.

Dr Neil Bentley, CEO of WorldSkills UK said: “This has been the biggest and best skills event that the UK has ever seen.  Undoubtedly, we have helped change thousands of lives for the better.

“We have brought together governments, business and education to get the message across that gaining a skill will help young people go further, faster. This week proved to be a major milestone in our mission.

“Engagement between our visitors and our exhibitors this week has been amazing and demonstrates that we are truly a catalyst for change.”

The photographs show Matthew Wood and Sam Gordon at the finals, along with Nick Atkinson Assistant head Apprenticeships and Skills, and work-based tutor, James Fare.