Two Myerscough College apprentices have been named the best student greenkeepers in the country after they both scooped a prestigious national industry award.

Jason Norwood has been named winner of the 2019 Toro Student Greenkeeper of the Year, while Tom Bromfield has won the Young Student Greenkeeper of the Year accolade. Both Jason and Tom are studying apprenticeships in Work-based Horticulture (Sportsturf/Greenkeeping) with Myerscough College. Jason works at Rudding Park Golf Club in Harrogate, while Tom is based at Trentham Golf Club.

The Toro Student Greenkeeper of the Year Awards is a national contest hosted by the British and International Golf Greenkeepers Association, BIGGA, and is sponsored by turfcare machinery and irrigation manufacturer Toro alongside official UK distributor, Reesink Turfcare. This year saw a record number of nominations for the prize, meaning the finals were as hotly-contested as ever.

Each year, a selection of the best student greenkeepers, selected from regional interviews hosted across the country, head to BIGGA House at Aldwark Manor in York for the two-day finals of the event. During their time at BIGGA’s headquarters, the candidates complete a variety of tasks designed to test their industry knowledge and their commitment to the profession.

Jason, 30, dedicated his victory to his sons Max, 4, Harvey, 1, and his wife Laura: “I’m absolutely shocked and shaking. I can’t wait to tell my family. I put a lot of work and planning into my studies, particularly going to BTME this year and getting everything I could out of that.

“I haven’t really any words to say, this is the pinnacle of my career so far and the biggest thing I’ve ever achieved.”

As part of his prize, Jason wins a seven-week scholarship at the University of Massachusetts in the USA, as well as a trip to the GCSAA’s Golf Industry Show in Orlando and a trip to Toro’s headquarters and R&D centre in Minneapolis. 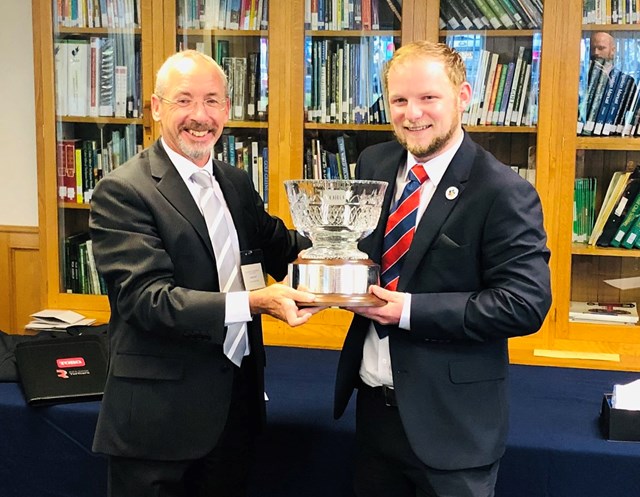 The Toro Young Student Greenkeeper of the Year Award is open to students under the age of 20. As winner, Tom receives a two-week work placement at the exclusive Vidauban Golf Club in France, as well as a trip to BTME in Harrogate.

Tom, 18, is an apprentice at Trentham in Stoke on Trent. He said: “I’m a bit shocked, I wasn’t really expecting that! But I’m really happy with the result.

‘’Reece, the other apprentice at Trentham, was here last year and he was a big help to me. I’ve a lot of respect for not only Reece but also Ed Stant and Jim Fox at Trentham as they’ve really helped me out and they’ve given me the chance to get this award, so I can’t thank them enough.” 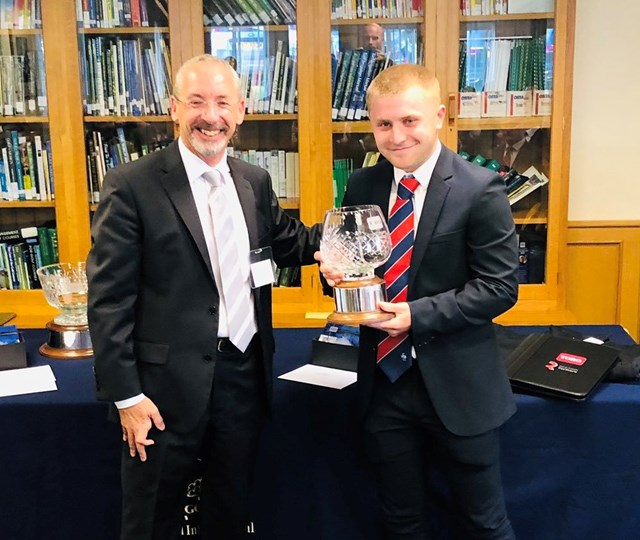 Jim Croxton, CEO of BIGGA, said: “Greenkeeper education in the UK continues to take strides forward and it is more than matched by the enthusiasm of the student greenkeepers we meet as part of the Toro Student Greenkeeper of the Year Awards process.

‘’There is no doubt the nation’s golf courses are being prepared to standards never seen before and the incredible finalists we have met over the last two days once again prove my belief that the greenkeeping industry will overcome any challenge that the future has in store.

“Congratulations to Jason and Tom on joining the ranks of Toro Student Greenkeeper of the Year winners, and to all the finalists for making it to this stage of the competition.

“Our thanks once again go to Toro and Reesink Turfcare for their support in hosting these annual awards, which remain a real highlight of the greenkeeping calendar.”

David Cole, managing director of Reesink Turfcare and award judge, said: “The enduring pleasure of ours and Toro’s long association and support of this educational award is the enthusiasm, career passion and commitment to personal development that we come across with every set of candidates and across every year of this career-enhancing award.

‘’The greenkeeping profession continues to be in bright and focused hands.”