Myerscough College’s Plant World and Gardens have been recognised at the 2019 North West in Bloom competition. 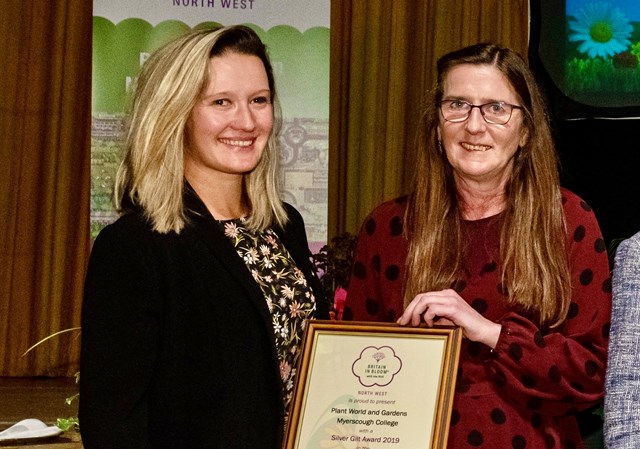 Myerscough was given a Silver-Gilt award in the category of the North West’s Best Small Tourist Attraction, at the annual event, held at the Southport Theatre & Convention Centre.

The Regional Awards are judged by a panel of industry experts who look at factors such as horticultural excellence, community involvement, environmental friendliness and sustainability. The latest award recognises not just Myerscough’s beautiful gardens but the wider experience in the College’s Plant World centre and the inviting Garden Tea Rooms.

Myerscough Gardens are at the rear of the Plant World centre at the College’s main Bilsborrow campus, and cover an area of more than an acre, and contain twenty themed plant borders set into a large lawned area, a pond and bog garden, a large collection of trees and an ornamental kitchen garden. The whole area, along with a tea room and garden centre remains as popular as ever.

The gardens are well established as a leading tourist attraction in the area. Our team worked extremely hard to make the facilities so popular & welcoming. Myerscough staff work very hard in maintaining them and making them an attraction that is both pleasing on the eye and popular with the general public.

North West in Bloom is the section of the Britain in Bloom competition covering Lancashire, Cheshire, Greater Manchester and Merseyside. The competition is one of the longest running environmental competitions in the United Kingdom, dating back to 1964.