Myerscough College’s floristry provision has been named the best in the country at the industry’s annual national awards ceremony, retaining the crown won in 2017. 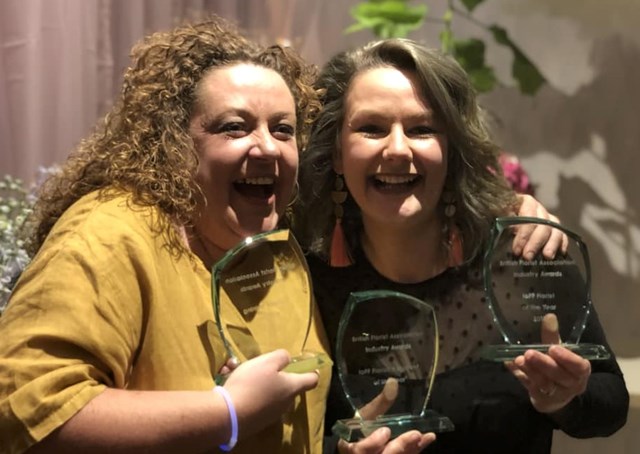 For the third time in four years, the College was named as Training Provider of the Year at the British Florist Association (BFA) Awards, in a ceremony that recognises and celebrates the best that the industry has to offer. It’s a category that Myerscough has dominated in recent years, having also won the title in 2017 and 2015, as well as being named runner up in 2016.

The British Florist Association is the official voice of the UK floristry industry and the only trade organisation in the industry to be formally recognised as such, meaning that the annual awards are truly representative of the cream of the industry.

And the evening got even better for Myerscough, with higher education student Emily Waddington scooping two awards - Student of the Year, and Institute of Professional Florists (IoPF) Florist of the Year. Emily graduated from Myerscough in the summer with a distinction in her Foundation Certificate in Professional Floristry and Floral Design and now works full time as a freelance floral designer.

Emily said: ‘’A massive huge, oversized thank you to all the lovely people who have supported me.

‘’It is really flattering that there are three other people across the country that I was up against for one of the awards and it was a bit nerve-wracking going to the dinner and not knowing if I had won!

“I love a challenge and always try to make something that little bit different. I’m constantly attending workshops and demonstrations. I love learning and seeking inspiration where I can.”

‘’I love learning more about flowers, trying new techniques with Flowers and generally anything flowery. I work from home and also with other florists, making designs which have oodles of character and personality.’’ 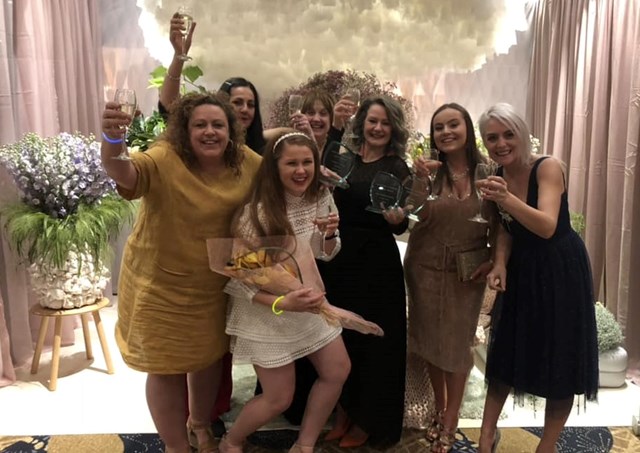 Myerscough College also had a string of other nominations including four staff members - Sam Cook, Susanna Brandon, Val Kenyon and Nicola Harrison – in the category of Floristry Tutor of the Year, while student Bekki Smyth was also shortlisted for Floristry Student of the Year, highlighting their outstanding work and dedication to their sector.

Sam Cook, who lectures in floristry at Myerscough, attended the awards and said: “We all work so hard to provide the best possible training for our students, so it’s nice to be recognised for all the time and hard work we put in.

‘’As a provider of education and training for the floristry industry, winning an award when up against such stiff competition really is a coup for us.

‘’It’s been another successful academic year for the floristry department, with activity including the staging of several major exhibitions showcasing the work of Myerscough College floristry degree students, all of which were a huge success. With the new term well underway, the department is already working hard on this year’s events and future successes.’’

Myerscough College’s floristry provision has been recognised as sector-leading for a long time, with a strong student offer allowing learners the pathway into a successful career in the profession. This offer has led to a host of industry awards and nominations over the last few years alone. The College was the first in the country to offer higher education level online study and also regularly attracts some of the industry’s biggest names to work closely with students.

Myerscough College runs floral design courses at further and higher education level, with a range of full and part-time options available. The College also leads the way in offering innovative study methods, such as an Online Foundation Degree in Commercial Floral Design, which enables students to achieve a vocational based Higher Education qualification through part-time study.