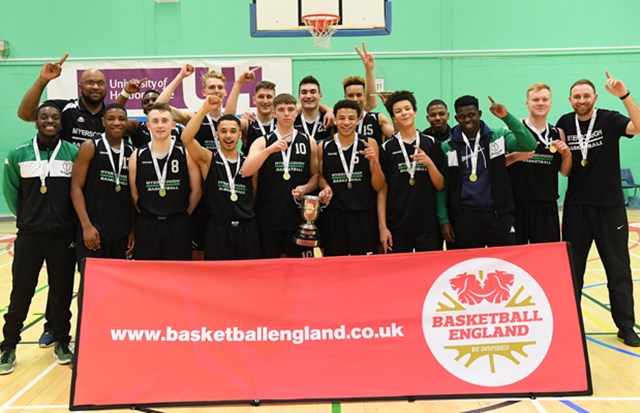 Myerscough claimed their latest silverware after defeating London Thunder Lewisham 68-55 at the Herts Sports Village to take the title on Saturday evening.

Myerscough’s Zion Tordoff, a Level 3 Extended Diploma student in Basketball Studies, was named Most Value Player (MVP) after finishing with 20 points and 9 rebounds in the win. Team mate Konrad Kantorski also reached double figures with 15 points, while Edoardo Del Cadia grabbed 14 rebounds to go with his 7 points on 3-of-4 shooting.

Myerscough pulled clear of the Thunder in the fourth period to take the title, after they edged a closely fought opening period, before extending their lead to go into half-time with a 34-28 advantage. The game was level at 47 all late in the third before Myerscough then established a 12-point lead as they went on to wrap up the victory. 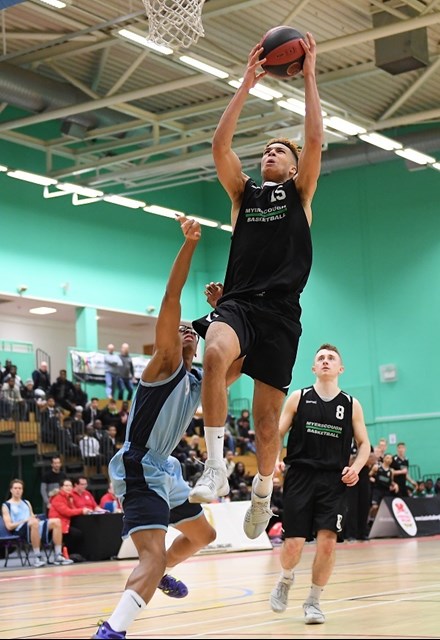 Myerscough head coach, Mike Bernard, said: ‘’We’ve got some very talented guys, but the way we controlled the game is what counted for us.

“It was scrappy and the lead changed hands in the first two quarters, but the fact that we controlled it in the third and the fourth is what got us the win. We told the lads during the timeouts that if we controlled the tempo of the game then we’d do it.

‘’This is massive for me as a coach. I’ve won championships as a player but this is my biggest accomplishment as a coach. I’ve only been at Myerscough for two years and this is a great feeling.

“Zion is a great player and he has got a big future ahead of him. He has improved so much – both physically and mentally, he’s gifted and he’s going to go far. He’s going to do a lot because he works so hard.”

Zion Tordoff said: ‘’It’s amazing and I couldn’t have done it without my teammates. Everyone supported each other and it was close all the way through the game, but in the fourth quarter we excelled and really showed what we can do.’’

Neal Hopkins, head of the Myerscough College Basketball Academy, said: ‘’I’m so immensely proud of the students and our coaches, Mike Bernard and Troy Culley.

‘’They’ve done such a great job in leading Myerscough to our first U18 title. Thank you guys!’’ 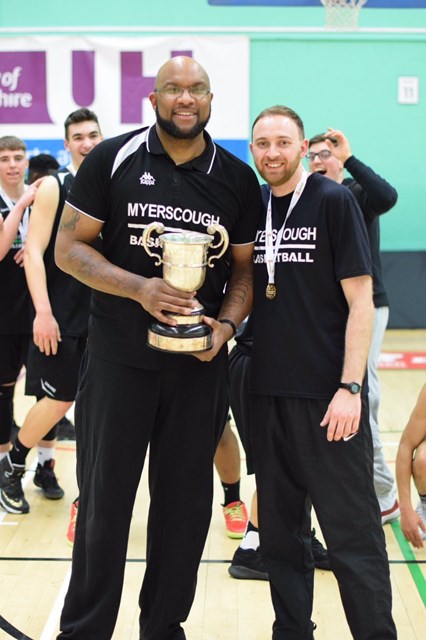 128 sides entered from across the country, with Myerscough playing as Myerscough College Spinners, as part of the educational partnership between the College’s Academy and Lancashire Spinners, who compete in the English Basketball League.

Myerscough came through five tough rounds to get to the final – after away victories over Liverpool (119-56), Stoke-On-Trent Knights (79-70) and Manchester Magic (76-72), the team then came through a home quarter final against Team Birmingham Elite (88-65), before securing their place in the showpiece final with an 81-72 victory over Derby Trailblazers.

Since forming in September 2013, Myerscough College Basketball Academy has won a string of titles, including being the EABL Champions in 2015, AOC National Cup Champions and EABL West Conference Champions for three consecutive years between 2014 & 2016.