Myerscough College motorsport students played their biggest ever role in the annual Legend Fires North West Stages Rally on the Fylde coast at the weekend.

The College continues to offer students experiences of working at prestigious events on the motorsport calendar in addition to their course studies and this was a big opportunity for the college across the weekend. Further education students took an active role in the event, following many weeks of planning.

The North West Stages Rally is one of the largest multi-venue motorsport events in the country, attracting thousands of people who compete and watch the action. Myerscough College Motorsport was out in force, with seventeen students supporting seven cars on the event. 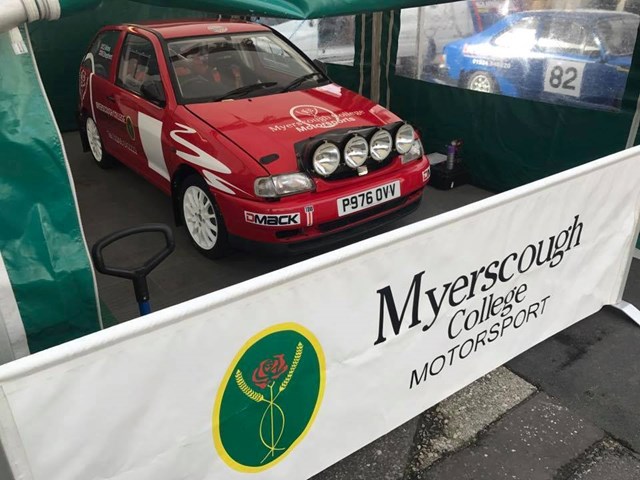 The event netted a class win for Mark Smith and Michael Clarke in the College Micra, with a fine second in class for Pete Jackson/Darren Taylor in their Escort, having run as high as tenth overall. Following a 21 year break, John Livermore’s return to stage rallying was a great success, he and co-driver Dave Terry taking second in class in their pristine Avenger.

Top seeded Myerscough-supported crew and running at car number five, John Stone and Ian Davis sadly had to retire with a differential problem, but upholding Myerscough College honours in the Subaru Impreza and finishing in a very respectable 28th place, were Duncan Taylor and Stephen Graveson. Adam & James Taylor’s crew managed well with his Fiesta, calling only briefly on the college resource and finishing a creditable 34th overall.

College lecturer Simon Moss had Mark Shepherd alongside, the pair just missing out on the top 40 in the college SEAT Ibiza, although the result is the best of his four events since the Higher Education students took over its running in September. 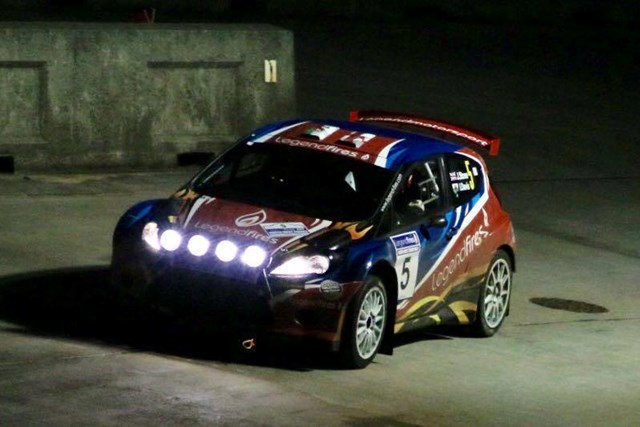 Myerscough HE Motorsport tutor, Simon Moss, said: ‘’Well done to our staff & students for representing Myerscough excellently once again and thanks to everyone for being such a credit to the college.’’

''Weekends like this give the students crucial real life experience on events where they'll be working alongside potential employers and it was great to see so many people over the course of the rally. The students get to experience, first hand, a major event and such experience looks great on their CV when they apply for jobs within the industry.

‘’We’re pleased to be able to continue to offer these unique opportunities to Myerscough students as part of their enrichment.’’

Head of Motorsports at Myerscough College, Belinda Oldham, said: “The whole team worked exceptionally well and particular thanks go to the Further and Higher Education students who performed faultlessly throughout. This was our biggest ever commitment in maintaining cars at an event with everything from historic to the very latest four wheel drive technology.

“The conditions were difficult for crews and those in the service area, with wind and rain making driving and servicing tricky. Thanks must also go to the team of staff who helped make this a success, Mick Brooks, Danny Cowell, Dave Gardner, Elliot Rushton and Ian Taylor all took time to ensure a safe and enjoyable event.” 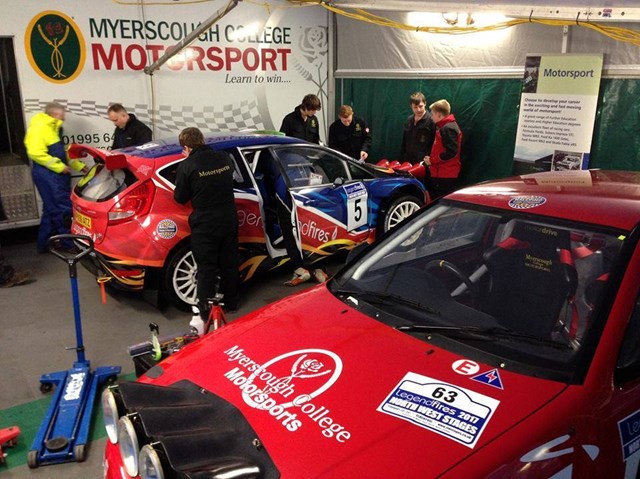 The College also boosted the army of marshals required for the rally, a minibus-full of students helping to make the event one of the best run in the British calendar.

It remains a busy time for Myerscough College Motorsport, with the department involved in a number of other events in the coming weeks, including heading to Donington Circuit for the next round of the Motorsport News Circuit Rally Championship.

For more photographs of the event click here: https://www.facebook.com/pg/MyerscoughHEMotorsport/photos/?tab=album&album_id=1289628627791949