Myerscough College’s amazing record of producing football students that make it into the professional game has continued after yet another completed a move to League One club, Barnsley. 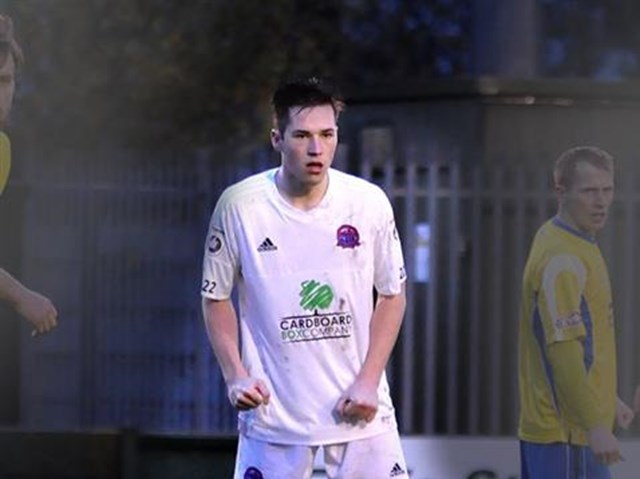 The latest student to make it into the Football League is Josh Kay. The 19-year-old has joined the Tykes on an 18-month contract after impressing with his displays for Fylde coast North West Counties side, Squires Gate, where he was playing as part of the college pathway.  Josh also played for AFC Fylde in the National League North before making his move.

Josh, who can play in midfield or attack, spent two years at Myerscough studying on a Level 2 and then a level 3 BTEC Diploma in Football Studies. He was a major part of Myerscough College’s Football Academy success last season, including representing Myerscough during the College’s run to the English Schools FA Cup Final.

Josh, from Blackpool, is the latest in a growing list of former Myerscough College students to make it professionally and joins the likes of Anthony Pilkington (Cardiff City), Alex Kenyon (Morecambe), Joe Bunney (Rochdale), Rhys Turner (Oldham Athletic) and Jack Sowerby (Fleetwood Town), who all came through the college’s system.

Josh said: ‘’Thanks to the coaches and tutors at Myerscough College for their help in me getting this far with my career. The staff at Myerscough are great and I appreciate all of the advice I was given both on and off the pitch.

‘’I’m absolutely buzzing to have signed my first professional contract and I can’t wait to start training and playing.’’

"I know Barnsley give opportunities to younger players and I'll aim to grab my chance when it comes along. This is a very exciting new chapter in my career and I'm determined to work really hard to make it a success."

Head of Football at Myerscough, Phil Brown, said: ‘’Josh has done really well and we’re pleased that another student has made it professionally.

‘’It’s great he’s been signed at League One level. In his two years at Myerscough Josh developed his talent immensely and it’s no surprise a professional club has signed him up. I am sure Josh will grab his opportunity with both hands.

‘’He has a great chance of enjoying a good career in the game. Everyone at Myerscough wishes Josh the best of success at Barnsley and we look forward to following his progress.’’

Myerscough College’s Football Academy has a proven track record of developing students at both further and higher education level who go onto forge successful careers not only in the playing side of the game, but also via a variety of exit routes including coaching, fitness, nutrition and sports’ science.

Head of Academy Recruitment at Barnsley FC, Bobby Hassell, said: "Josh came to the club's attention a while ago. We've monitored his progress and liked what we saw.

"We invited him for a trial where he impressed to the point of us wanting to sign him. He'll be a useful member of our development squad and we're looking for him to push on."